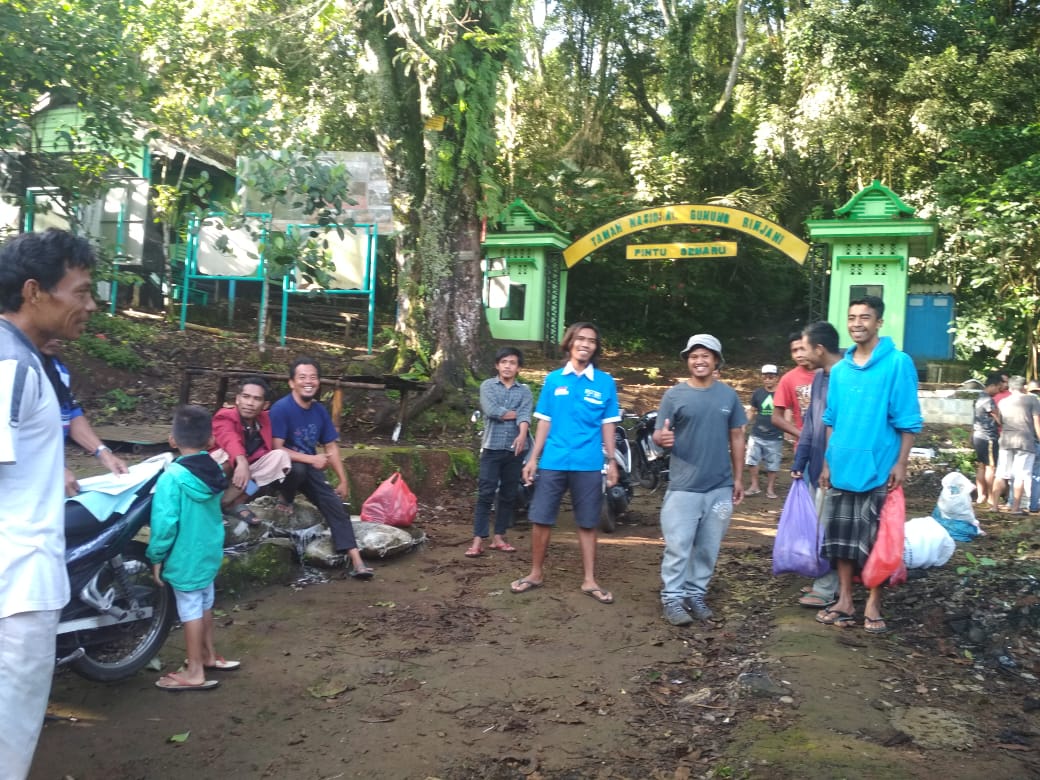 The news of the Rinjani Climbing Ascent is definitely the thing awaits lovers and addicts of 3726 MASL heights. After the earthquake in July last year which caused hundreds of climbers trapped in the tourist area of ​​Mount Rinjani such as Crater Rim, Summit, and Segara Anak Lake, of course, many climbers undermined their long-held intentions to make the Mount Rinjani Climbing Ascent.

Although there are many rumors that are associated with myths that say that Mount Rinjani Climbing ascent is mainly due to the arrival of foreign and local tourists who commit immorality on Mount Rinjani so that the inhabitants of the unseen nature of Mount Rinjani (Dewi Anjani) become angry so that there are numerous earthquakes. severe damage around the slopes of Mount Rinjani. It affected the destruction of tourist facilities by a group of irresponsible people like what happened in Sembalun Village a few weeks ago.

On Friday 29/03/2019 the Tour Operator Association Senaru (ATOS) held a coordination meeting related to the planned opening of the Ascent for Mount Rinjani specifically for the Senaru Climbing Path to Pelawangan which was led directly by the Chairperson ATOS Sumatim. Sumatim, who is familiarly called Mr. Suma, explained that the plan to climb the Rinjani Village in Senaru Village was only opened for a 2-day and 1-night climb with the location of Camp in POS 3 or Cemara Lima closer to the spring.

Sumatim further explained that the all of TO (Trekking Organizer) had agreed to open the Senaru lane, because after all Tourism, especially climbing Mount Rinjani is the main source of income for the Senaru community. If it is not opened in April, it will cause a lot of socio-economic problems for the Senaru and surrounding communities.

Last Sunday on Saturday 03/16/2019 The Joint Team from BMKG, PVMBG, TNGR, SAR, BPBD, and Representatives from TO conducted a Climbing Trail survey. From there, it can be concluded that the Climbing Route is still safe for the climbers to pass because the path is mostly tropical rain forest, the land contour is quite dense because there are still many trees that bind.

But it seems that there are still things to be considered because there are still frequent aftershocks such as those that occurred in the last 17th of last and last Wednesday night on the 27th. So that renacan the Opening of the Ascent Trail is still not so published to the general public.