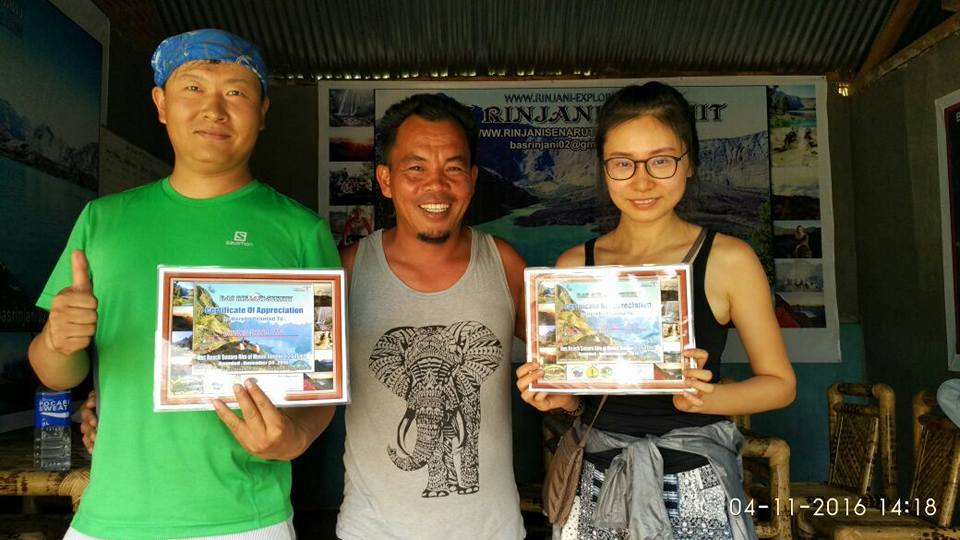 Who is Bas Rinjani ?

Bas Rinjani is a familiar name that is often mentioned by the visitors or close friends in Lombok. His real name is Mr. Basimin, Born in Senaru Village, Bayan District of North Lombok Indonesia. People are flexible and easy to be friendly with anyone, have a simple but visionary personality, and like humor that makes people close and first met him immediately feel familiar. He is the owner of CV. Bas Rinjani Summit which has a subsidiary in Trekking Organizer service for Mount Rinjani which is named “Bas Rinjani Trekking”.

What is The Experience and Hobby Mr. Bas ?

He is a man of experience in the world of Trekking Rinjani. Started his career as a Porter since 1995 who continues to cultivate and follow the development of the world Trekking Rinjani Mountain. Basically, Bas Rinjani is not a person who is fluent in foreign languages, especially English, but with a strong determination to continue to learn and develop, he tried to learn English and other languages, such as francis and German. Afterwards he became a trusted Guide to bring guests to climb Mount Rinjani. So in the end after he was steady in the mastery of foreign languages, mr. Bas ventured to make a tour guide company Gunug Rinjani and Lombok tour. He is very fond of Trekking and tour so as to make it more spirit to establish a guide service company trekking and tour.

When Bas Rinjani Trekking was founded ?

Officially Bas Rinjani Trekking was founded by Mr. Bas since 2014, although basically Bas Rinjani Trekking has long been pioneered since the early 2000s. Together with Someone from malaysia, Mr. Bas learned a lot about the world of tour and travel business (the person he knew from the mountain Rinjani, who once used his services to climb Mount Rinjani). During this time he has a lot of visitors in every year who use the services of Tour and Trekking. 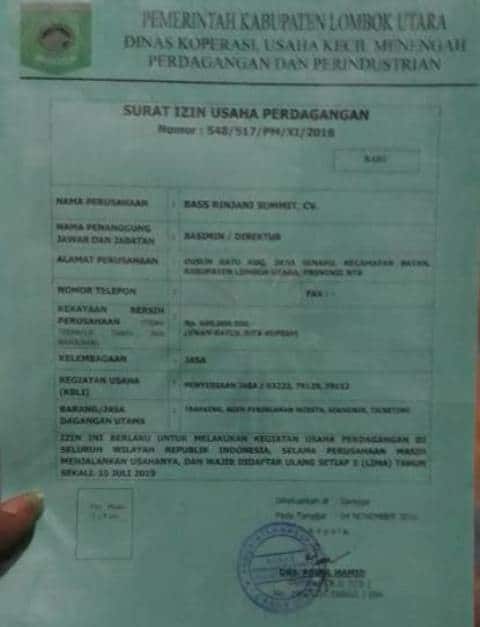 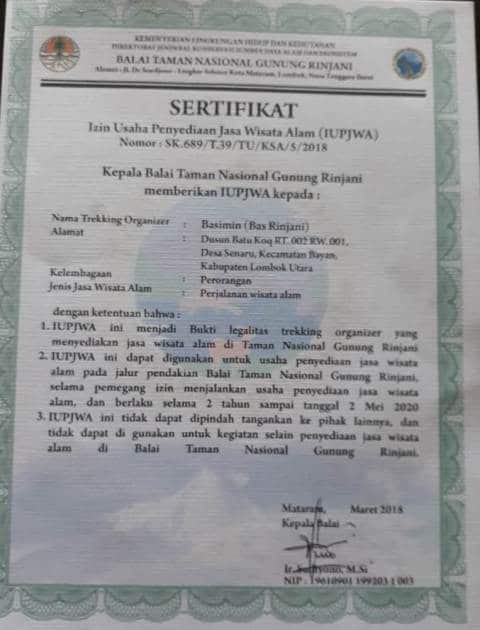 What are the tour services offered ?

Bas Rinjani Trekking provides tour and travel services such as: