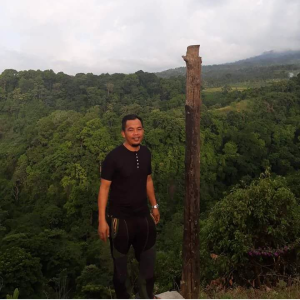 Volcanic cone of Mount Rinjani through Barujari erupted on Tuesday, September 27, 2016 14:45 pm with the eruption ash column reached a height of about 2000 m above the peak of Mt. Rinjani or about 6000 m above sea level and is blowing toward the west-southwest. Seismograph in Rinjani Volcano Observation Post – PVMBG – Geological Agency in Kampung Sembalun Lawang recorded eruption earthquake seismic amplitude of 52 mm with old earthquake about 100 seconds.

Rinjani Volcano administratively located in East Lombok regency, West Nusa Tenggara province and geographically peak has an altitude of 3726 m above sea level and is located at coordinates 116.47 8:42 BT and south latitude. In the history of its activities, Rinjani volcano has erupted 20 times with eksplosivitas index (Volcanic explosivity index / VEI) range 1-7 (on a scale of maximum 8).

The biggest eruptions occurred in 1257 with a VEI 7 and the last eruption occurred on Monday, August 1, 2016 11:50 AM by VEI 2. Eksplosivitas Index eruptions (Volcanic explosivity index) this time is estimated at VEI 2.

An eruption this time preceded by an increase in volcanic seismic, but by the number and amplitude are insignificant. However, seismic tremors still continue to be recorded indicating that the volcanic system Rinjani volcano is still unstable thus increasing the Geological Agency Status Rinjani Volcano from Level I (NORMAL) to Level II (ALERT) on 27 September 2016 at 15:00 pm. In Level Activities “WASPADA” the area potentially endangered Rinjani Volcano eruption extended to 3 km from the center of the activity (Mount Barujari). Geological Agency through PVMBG has delivered improvement to the Local Government Status / BPBD and other relevant agencies and community especially around Rinjani Volcano.

Early warning of the dangers of volcanic ash to aviation safety (Vona) has been sent to the relevant agencies of aviation safety as Director General of Air Transportation, BMKG, Air Traffic Control (ATC), the Volcanic Ash Advisory Centers (VAAC) Darwin and Tokyo, the pilot, and the other related.

Geological Agency recommendation is that people around the Rinjani volcano and visitors / tourists are not allowed to move / camping in the Caldera Volcano Rinjani and within a radius of 3 km from the crater of Mount Barujari inside Rinjani Volcano Caldera. In case of ash, people are expected to remain in the home, and when being outdoors is advised to wear a mask, cover your nose and mouth and eye protection to avoid respiratory infections (ARI) and eye irritation. Communities around the volcano Rinjani is expected to remain calm, but also remain vigilant and not fall for the issues about Rinjani Volcano eruption.

Dissemination activities as well as coordination with the Local Government / BPBDs and communities around Mt. Rinjani being conducted by the Geological Agency as disaster mitigation efforts. Geological Agency through PVMBG will continuously observe the development of the activity of Gunung Rinjani to evaluate the dynamics of the potential threat of danger. Nevertheless, for the moment Climbing Mount Rinjani is still open.

With these last three weeks spent between Singapore and Bali with family and friends, Les Gros Sacs were seriously starting to have luxury tastes! Hop,

Trekking Rinjani this year is quite special and fantastic. That’s because the 2016 climbing season last year, many climbers who are not quite satisfied because the